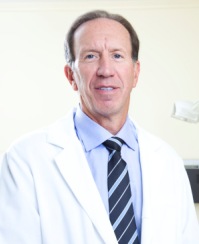 Dr. Sylvan, D.M.D., F.A.G.D.A. has been practicing cosmetic and reconstructive dentistry for more than 30 years. He is recognized in the greater Metropolitan area as being a pioneer in the field.

He received his D.M.D. From Tufts School of Dentistry in 1976. He was a chief resident of LIJH Medical Center and has remained on active service in the dental clinics of both North Shore University Hospital and LIJ Medical Center.

He maintains two private practices one on Lexington Avenue in Manhattan and the other in the Barstow Medical Center in Great Neck.

On April 30th 2014, Dr. Sylvan was the dentist selected to be the honoree at the 2014 Physicians and Dentists United Jewish Appeal ceremony. The award is presented by North Shore and Long Island Jewish Hospitals.